This seventh of twelve portraits in 2017, honoring alumni from thirty years of Roth Endowment programs, features one of our very first award winners. Fae Korsmo won our support for the work she conducted in Sweden in 1989-90. Our Swedish program was the first one we set up—in memory of Lois Roth’s close ties to the country, which included a Fulbright year. At the start, though, these awards were coordinated with the American Scandinavian Foundation, instead of Fulbright Sweden … as Fae explains. 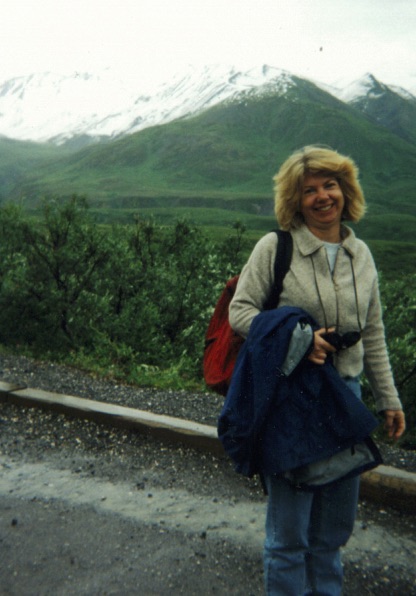 “When I applied for a dissertation fellowship from the American Scandinavian Foundation in 1989, I didn’t know that the Lois Roth Endowment existed. When I received a positive response from the ASF, however, I also received a letter—a very encouraging and substantive letter from Richard (Dick) T. Arndt, the Endowment’s founder, offering me additional funds for my dissertation research.

With funds in hand, I set off for Sweden for the first stage of a comparative politics research project focusing on the laws and policies impacting indigenous peoples in northern nation-states, with a focus first on the Nordics. The next year I would turn to Alaska and Canada. Beyond a couple of nights at a bed-and-breakfast, I didn’t have a clue what I was doing or where I was going.  Oh, yes, I had a research design and a plan; but as I began my studies, the plan made less and less sense in the midst of the reality.  I later learned that this is a pretty common experience when doing field research.

If I remember correctly, Dick’s letter had gently implied that I should just keep my eyes open.  So that’s what I did, and I’m glad.  Together, the ASF Fellowship and the Roth Endowment Award enabled me to spend nearly a full year getting to know the political system and the situation of minorities, including the Sámi people, in Sweden.

Why the Sámi?  Well, I had developed a curiosity about the situation of the Sámi when I spent a summer month in Bergen, Norway, studying all things Norwegian—in Norwegian (!)—at the University of Bergen in 1980. Prior to that stay, I knew nothing of the Sámi—only that they were known in English as “Laplanders.” I now learned that a group of Sámi was staging a hunger strike in Oslo, in protest of the construction of a dam in northern Norway that would disrupt their reindeer husbandry and traditional way of life.

While completing an MA at George Washington University, I then studied international law on human rights and aboriginal title, which led me to pursue a Ph.D. in comparative politics. Not every nation-state recognizes—in law or in fact—the time-immemorial rights of indigenous societies.  In at least two cases, however—the State of Alaska and Sweden—the national governments had attempted to settle indigenous legal claims and/or political differences through modern economic models: Sweden employed the model of the economic (reindeer-herding) cooperative, while the Alaska Native Claims Settlement Act in the U.S. relied on the model of the for-profit corporation. 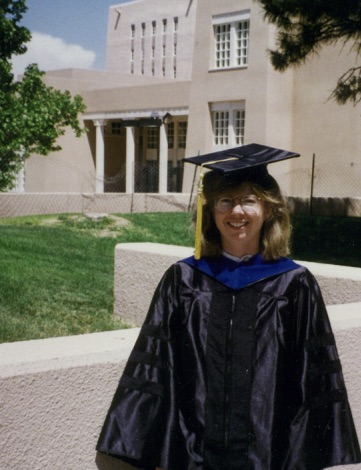 After completing my dissertation in 1992, I went on to teach at the University of Alaska Fairbanks. There I also continued my research into the legal and political rights of indigenous peoples in the circumpolar north.  It was an exciting field; after the collapse of the former Soviet Union, for example, many northern indigenous societies were asserting their rights to land and water in Russia. Since the 1980s it has been heartening to read the work of indigenous scholars.  On some level, I always felt a little like a tourist, an outsider looking in, with a limited perspective.  Nowadays, it is a very different research environment; indigenous researchers work alongside their respected elders and local experts, and ethical principles of research are more widely known and respected.

I have learned even more about ethical principles of research working for the National Science Foundation.  The NSF is a place where you are constantly learning, always reminded of the need to keep an open, “beginner’s mind.”  I enjoy being part of an organization that enables people to discover and learn.

To this day I support the Lois Roth Endowment—not only because of the gift I received, but also because, in addition to research, it emphasizes cultural diplomacy and translation.  All of these avenues of activity are vital to the sciences and the humanities, which to my mind make them vital for our legacy as individuals and as a culture.  My wish is to encourage students and junior scholars to keep going, even when the path seems unclear.  We are all tourists, and the gifts we receive help us to contribute and find the places where we might make a difference.”

This text was written by Fae Korsmo and edited by LRE Chair Skyler Arndt-Briggs. Thanks to Drew Barnhart, our Media and Outreach Manager, for producing our June Portrait.