This eleventh of twelve portraits in 2017, honoring alumni from thirty years of Roth Endowment programs, features New Zealand medical anthropologist Bonnie Scarth, currently wrapping up her dissertation at the University of Otago. In 2015-16, a Robin and April Winks Award from the Roth Endowment helped her cover expenses for a year at Cornell University, where she added a cross-cultural dimension to her research on the personal and policy repercussions for trauma survivors.

When I started my university studies, I was in my early 20s and had two young children. I was fortunate to get interesting part-time jobs, most often short-term contracts that would fit around parenting and studies. In these jobs, I dealt with a wide variety of issues, from interviewing cancer patients, to promoting sexualhealth, and coordinating family violence prevention. The research for my dissertation—Perceptions of Suffering and Suicide: Implications for Policy and Practice—grew out of many of these experiences, and then evolved further during my fieldwork, as happens with ethnography, given its open-ended, interactive methods. Launching into my year at Cornell, I was very grateful to receive the Roth Endowment’s Winks Award, which allowed me to buy me some excellent ethnographic methods books and other useful fieldwork tools. 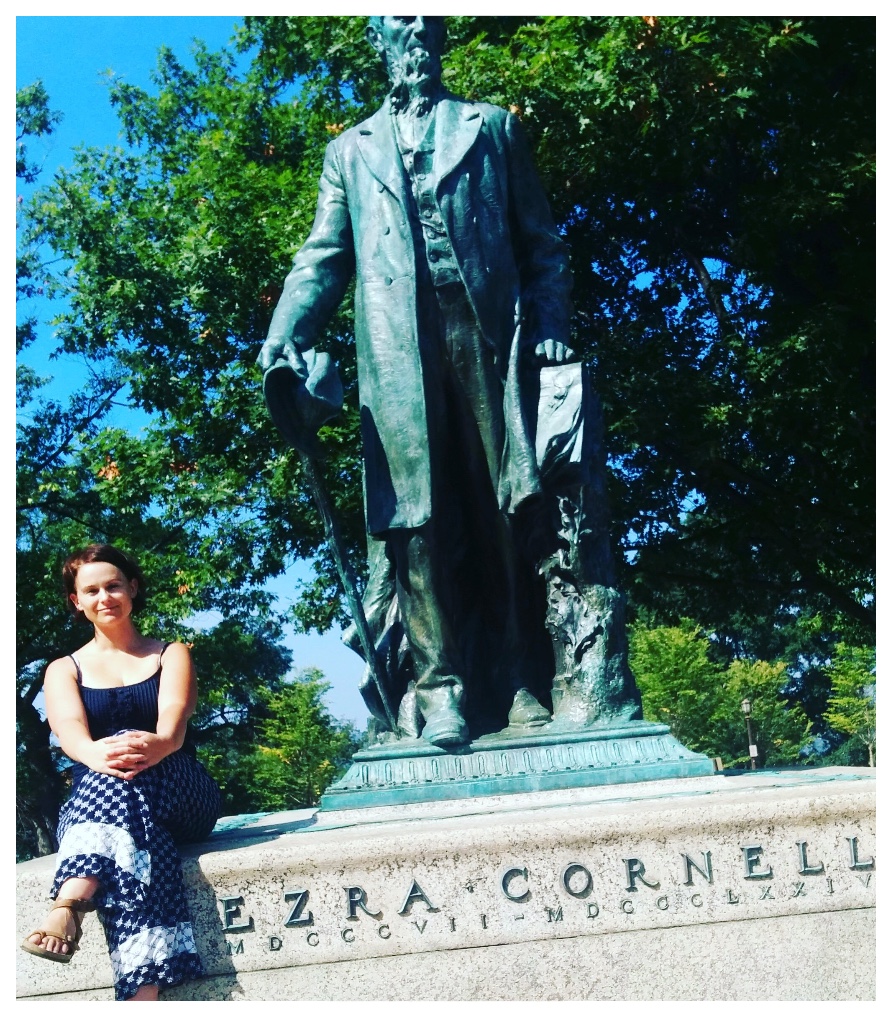 As participant-observation, in Ithaca I volunteered at a crisis centre, where I worked with trauma survivors, among other things. I also gathered narratives through long, rich, unstructured interviews—in which the participant takes the lead and creates their narrative as they see fit, rather than having the researcher define what is important and structure the narrative. This methodology is especially helpful with sensitive topics. Trauma and suffering were the broad focus of the interviews, as well as how these experiences were integrated into people’s lives and the lives of those around them. The process of medicalization can be disempowering, as many medical anthropologists have noted; it’s important to remember that trauma survivors also have agency and make meaning from their experience on their own terms.

The concept of validating mental suffering was raised in a surprising way during my training at the crisis center. We were focusing on how to fight stigma, watching educational videos showing how unreasonable it would be if we treated physical ailments the way we treat mental illness. We then turned to a discussion of physician assisted suicide/euthanasia (PAS/E): did we agree that where PAS/E is available for people with non-terminal physical illness and “unbearable suffering” (the term used in the law), then by rights it should also be available for people with mental suffering (as it is in the Netherlands and Belgium)? This hugely controversial issue, which raises many questions about what “unbearable suffering” is, provided an important additional lens for understanding the concepts of suffering, medicalization, and the wish to die.

The majority of my US participants had suffered some kind of significant trauma in their life, including sexual, physical, and/or emotional abuse. Ten had survived suicide attempts—often multiple attempts—since a young age. The majority had experienced suicidal ideation at least once, but for many it was an ongoing issue, and several participants had also suffered a close bereavement by suicide. A couple of participants were key informants who worked in suicide prevention. NZ has the highest youth suicide rate in the OECD, despite not having such easy access to firearms as in the U.S.; so it was interesting for me to hear about successful youth suicide prevention strategies in parts of the U.S.

Bonnie with her adviser at Cornell, Vilma Santiago-Irizarry.

My New Zealand fieldwork has had a somewhat similar participant group, in terms of survivors and experts; but, building on my time in the U.S., I now include questions relating to PAS/E laws and “unbearable suffering.” As in the U.S., in NZ discrimination and stigma are still described as a significant issue with regard to mental illness, trauma, and suicidality. Medicalization is also often seen as the solution… as if medicalizing something—giving it a scientific and biological explanation—will make it “real” and legitimate.” On the contrary, the things that people cite as helping them heal from significant trauma and suicidality often fall outside of medical and mental health services. A theme that arose repeatedly in both sets of interviews was that many participants felt like their suffering was heavily discriminated against and stigmatized in a way that other forms of suffering are not and that physical illness/suffering is validated in a way that mental suffering/illness is not. As one person put it: “We need to treat this (mental illness or suicidal ideation) just like we would cancer!”

But the most important insight shared by participants is that healing is not a straightforward journey. Many participants felt frustrated that they didn’t just one day “recover” from trauma and it was over; and a number said people get frustrated with them for not just “getting over it” and “moving on.” But, as described by participants, recovery is more like a gradual unravelling and un-layering process, followed by re-building, preferably on their own terms. And this takes time. It is not safe or possible to speed it up.

Suffering is subjective, impacted not just by a person’s internal self, but by multiple unique elements surrounding the person: culture, environment, support systems available at the time, whether or not they were believed and supported, among so many other factors. Basically, survivors of trauma want to be included in the community and respected like everyone else—truly heard and validated… and then allowed to have some autonomy over what constitutes healing for them personally. This might seem obvious, but as people’s narratives show, it is not that easy to come by.

For me, it has been such a privilege to have so many people share some of the most difficult topics with me—and to work toward a better understanding of how to help people get what they need. I’m really grateful to the Lois Roth Endowment for helping me undertake this research journey.

This text evolved from correspondence between Bonnie Scarth and Skyler Arndt-Briggs. Thanks to Drew Barnhart, our Media and Outreach Manager, for producing our November Portrait.